Android .so for Unity

@abray, I wanted to DM you but it seems like I can’t probably because I just created my account.

I saw your comments on other threads on your progress for a .so to be used inside Unity. I have tried to use the JNI that’s on the engine repo but I couldn’t create the .so

Can you point me to how you did it, or maybe get me a working .so? I can then try to make it work inside Unity.

Pulse is a C++ engine, and I encapsulate all of the C++ API into a central PulseC library
This PulseC library is used as the middle man between Java, C# and Python API’s

To make these libraries I am cross compiling Pulse with dockcross dockers
But I have all that setup, so if you look at those dockers and figure out which is the appropriate one to build against for android, I can do it

They don’t have Android armv7 on those dockers…

I suppose my biggest issue is finding the proper platform to compile Pulse to get an android compliant library.

What I did before, was use the Magic Leap SDK to cross compile Pulse for its LuminOS which seems to be an android variant. I suppose I could just do that again as I cannot seem to find any other docker image to build on.

I did find this: 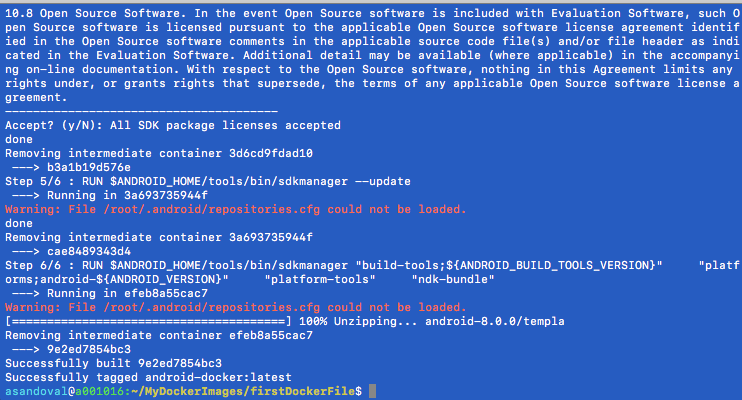 Check out this tutorial to get started with Docker:

And maybe I can just build this docker container and build on it.
It seems like an android arm7 container is just a linux container with the Android SDK put on it
Which is what the dockcross android-arm container is (debian stretch)
So I would think my Android-ARM/PulseC.so would work on Android ARMv7 devices

I am pretty confused as to how to build a compatible library.

I tried all the libraries, the Magic Leap one as well and I couldn’t get it to work. I am not experienced in building these libraries either. These docker images create the JNI automatically?

Oh yeah, I guess I misspoke in my earlier post

PulseC.so is for C# and Python
PulseJNI.so if for Java

But they both use the same ‘thunk’ class internally, just expose it differently

The dockers only contain the compiler for the target platform
The dockers then build the Pulse code base on your host system using the compiler they have inside the docker, and they write the output back to your host machine
So the resulting PulseC.so and PulseJNI.so is built for the docker platform that you used