The SMTK repository contains this change as of 2022-05-16; binaries released after this date will behave as described below.

Previously when you clicked on a badge in the resource panel (see the image below for an example), the response only considered the row you clicked on, even if multiple phrases were selected. Going forward, the entire SMTK selection (e.g., both the highlighted rows in the screenshot below) will be modified. This applies to changing visibility, color, and selections. 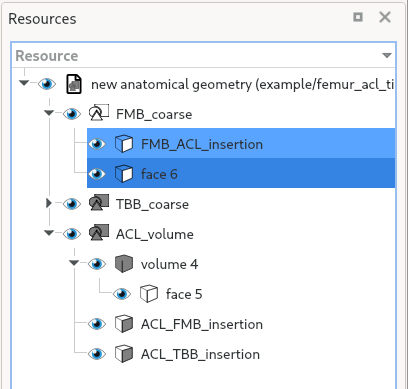 The qtDescriptivePhraseDelegate now passes a qtBadgeActionSelectionToggle action that allows badges to apply themselves to all selected objects. Previously, the delegate did not pass an action because it has no access to the view (which tracks the selected rows).