The third approach is illustrated by this figure: 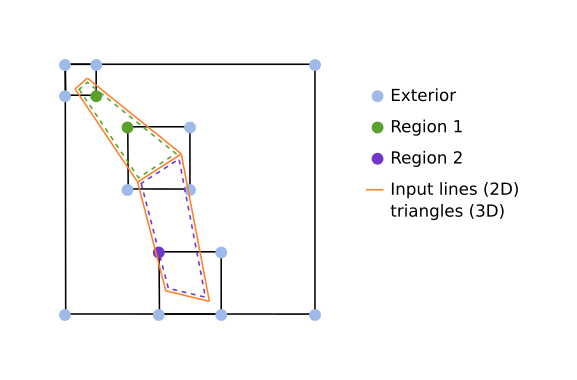 You can see how it is possible that there may be regions not sampled by any octree-node corner. However, when the lines have smoothly-changing sizes, this should not happen frequently.

The 3rd approach sounds good and is similar to snappyHexMesh. If the octree-nodes are refined near the triangles, we perhaps can avoid missing volumes. One last point, the image shows a conformal mesh input, however you do say in the description that is not the pre-requisite, so we should be good. Might be good to add a graphic without a conformal mesh input?